We all recognize the need for less air pollution. In 2019, the EPA reclassified Denver as "severe" for ozone nonattainment, meaning ozone concentrations are well above what the EPA has designated as a safe limit. High ozone levels have been linked to asthma attacks, cardiovascular harm, and premature deaths, especially among children, elderly, and immunocompromised people. It's been reported that car traffic is the number one source of ozone precursorsOzone is a secondary pollutant, generated when sunlight reacts with compounds such as carbon monoxide, nitrogen oxide, and methane.*, carbon monoxide, carbon dioxide. For these reasons, countless people have recognized the need to reduce, if not eliminate, traffic emissions. Concern over environmental pollution, combined with a sharp leap in gas prices in the 60s and 70s, led to interest in electric vehicles (EVs) as an alternative to internal combustion engine (ICE) cars.

However, electric vehicles are far from a perfect solution; in fact, with Colorado's current electricity mix being majority fossil-fuel based, it's more likely that switching to electric vehicles would outsource the pollution problem to electric plants. When considering how "green" electric cars are, we ought to consider the following:

Manufacturing all vehicles is resource and energy intensive, as well as disposal process when the cars reach their end-of-life phase. When comparing internal combustion and electric vehicles, EVs are responsible for more than double the emissions from the production phase alone.

Any analysis of electric vehicles that does not look at how electricity is produced is woefully inadequate. Electricity is a secondary energy source that must be converted from another form of fuel, usually by powering a steam turbine. Globally, as well as in the United States, most electricity is generated this way via combustion of fossil fuels, predominantly natural gas and coal. Colorado's own largest power plant is Comanche 3, a coal plant in Pueblo. 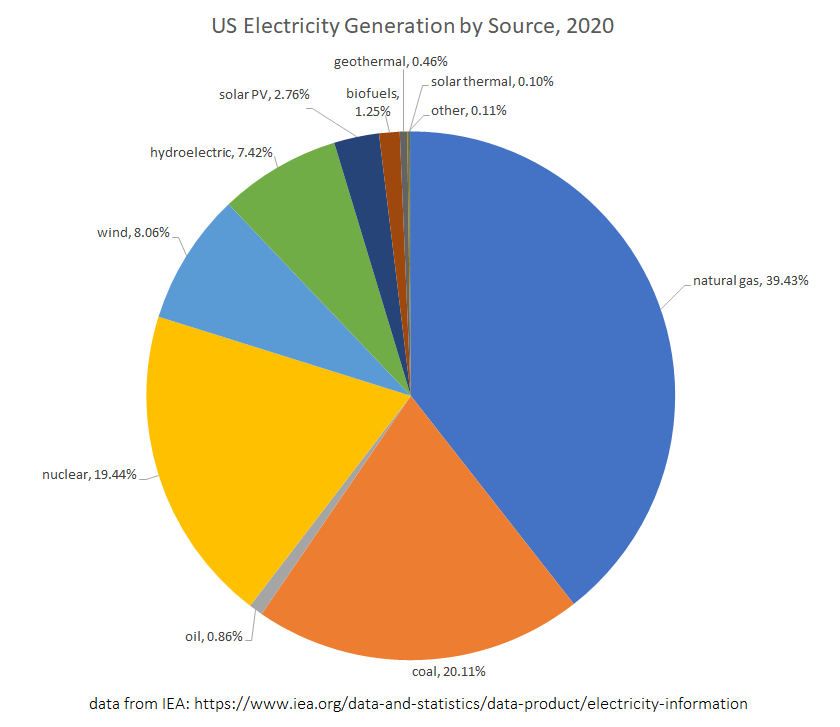 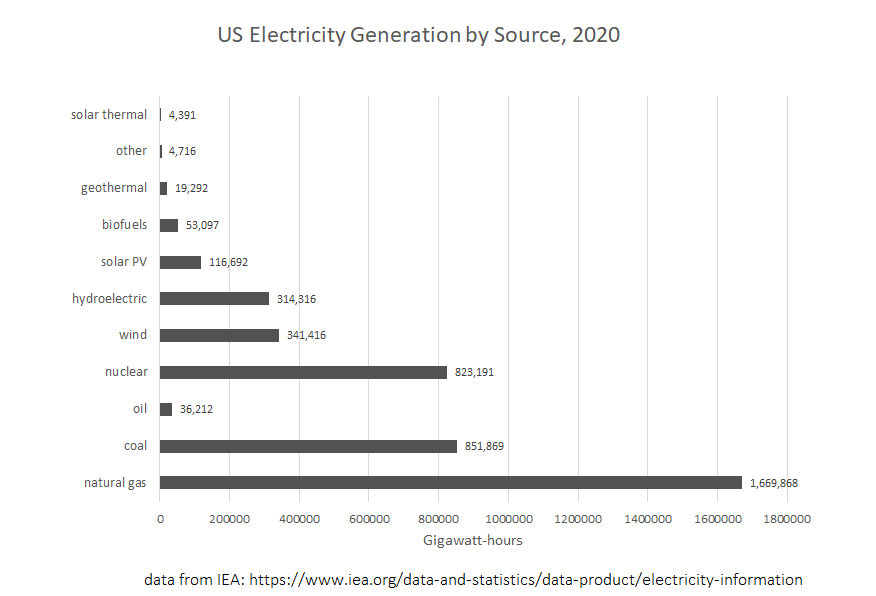 Xcel, Denver’s primary utilities provider, has pledged to cut carbon emissions 80% by 2030, and aim to be 100% carbon-free by 2050. An admirable yet ambitious goal, Xcel has achieved some reduction primarily by closing existing coal plants. While this reduces emissions, as well as the percent of electricity generated via fossil fuels, utility providers need to ramp up their alternative energy production to replace the capacity lost from coal plants. Furthermore, if we were to switch out all our gas-powered cars with electric ones, the electricity demand would increase by as much as 25%-- thus, carbon-neutral and renewable energy sources would need to not only replace what fossil fuels generate, but produce even more. The expectation for carbon-neutral and renewable sources to cover this gap is lofty; indeed, Xcel has already pushed for delays.

According to the U.S. Department of Energy, an electric car drive system experiences losses of only 18%, as compared to combustion cars' 70%. This is translated to EVs receiving 65-69% of the energy as power to the wheels, while a combustion car receives 20%. However, energy efficiency is not as simple as percentage of energy that is supplied to the wheels.

The fuel driving an internal combustion vehicle is translated from gasoline directly to kinetic energy and heat, and the kinetic energy is supplied to the drivetrain. In order for us to use electricity, it must first be converted from another source of fuel, over 60% of which is fossil fuels. Due to the nature of energy conversion and the laws of thermodynamics, a portion of energy will necessarily be lost in conversion; because of the energy lost in the process, electricity is not the most efficient use of fuel.

Drivetrains also have to compensate for the weight of the vehicle; as cars get heavier, they expend greater amounts of energy to accelerate and decelerate. Because of the battery, electric cars are typically heavier than an equivalent ICE model. Because their fuel efficiency declines more sharply with weight, battery electric vehicles overall make an increasingly poorer use of the fuel they do use, which translates to an even less efficient use of the fuel the energy is derived from.

Technically, energy cannot be created or destroyed, but transformed to a different form (Law of Thermodynamics I). For instance, we can use light energy from the sun converted as thermal energy, which warms our houses and our cities via passive solar energy. Thermal energy also can be used to heat water to power steam turbines, which is the concept behind CSP, solar-thermal electricity production.

Of course, energy conversion is not 100% efficient. As energy is converted, some amount of energy will be converted to an unusable form, often light or heat. Steam turbines achieve nearly 80% efficiency in the energy conversion process alone. However, because electricity must be used to power a plant’s generators, fuel feeding systems, boiler water pumps, colling equipment, and pollution control more than 60% of the energy used for electricity generation is lost in the process. Even assuming a generous 70% efficiency from an EV, it is 70% efficient at using only 40% of the fuel required to generate the electricity in the first place-- this comes down to about 28% fuel efficiency, only considering power to the wheels alone.

One absolutely essential aspect of any vehicle's fuel efficiecy is the weight of the vehicle and its load: as components are added to a car, the engine must overcome that additional weight in order to move the car. Electric vehicles relying on batteries for fuel storage are on average over 4,200 pounds, with models like the Mercedes EQV tipping the scales at over 6,500 pounds. By comparison, which comes out to around 900 pounds heavier than their conventional, internal combusion equivalents. In both internal combustion and electric vehicles, there is a decrease in fuel efficiency as weight increases; however, a study comparing internal combustion and battery-electric models of the same car displayed a sharper drop in efficiency of the electric car. 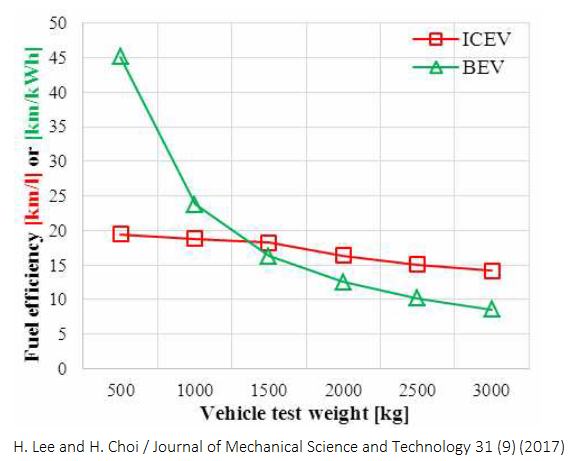 What Can Be Done?

While simply replacing all ICE cars with electric vehicles is not the current solution to the climate crisis, there are ways we can all contribute, as individuals and as a community.

For more options, please see How to Help